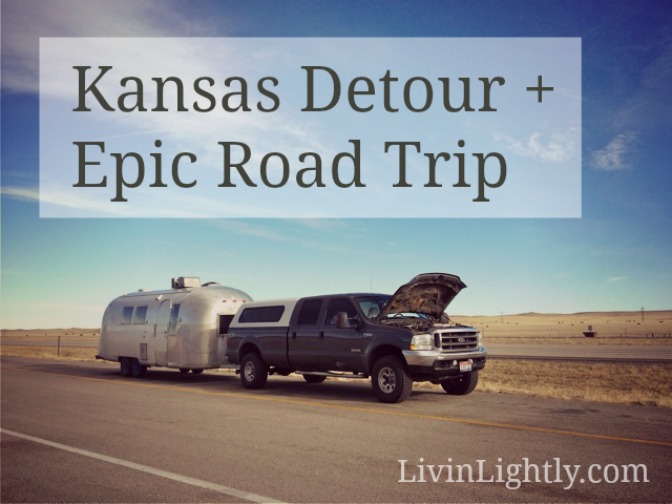 We have safely arrived in Kansas! Kansas as a destination was not apart of the original plan. The original plan was to purge all our stuff, seamlessly transition from our house into the completed Airstream then set sail to sunny beaches down South for the winter.

With seemingly endless obstacles repairing the trailer we are far from a liveable Land Yacht. So on to plan B…parking the Airstream on the prairie and bumming off of family until we get the trailer done. We are SO thankful for my cousin & his wife who are graciously hosting us and my uncle who is letting me park the trailer & use his shop.

Even though this is not my first choice I am thankful for God’s provisions and keeping us safe thus far on our journey. The trip from Idaho to Kansas was pretty epic to say the least. It was the first time I pulled the trailer any long distance, snow & ice was pounding the mountains and my trailer lights had a mind of their own. Here are some highlights from the journey: 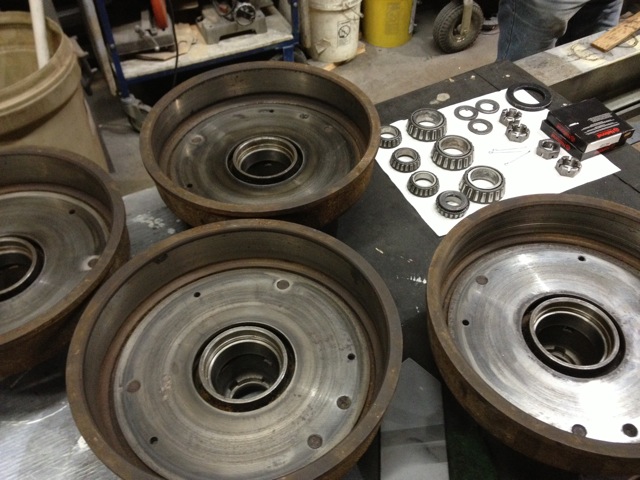 Before leaving town my friend Bill helped me jack up the trailer, remove the hubs, replace the bearings, seals and brake pads. I also replaced the old dry-rotted tires with new radials. 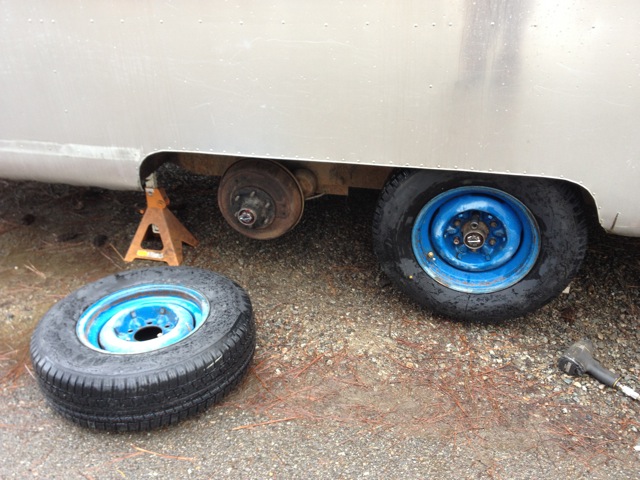 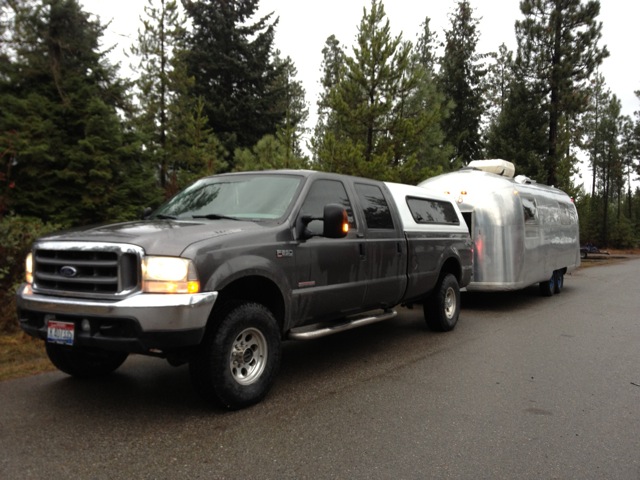 After hooking up the trailer to depart at 5am (I was attempting to beat a snow storm) none of my trailer lights would turn on. I spent the next few hours racking my brain then finally found that the ground screw had broke. Installed a new screw and the lights were back on! 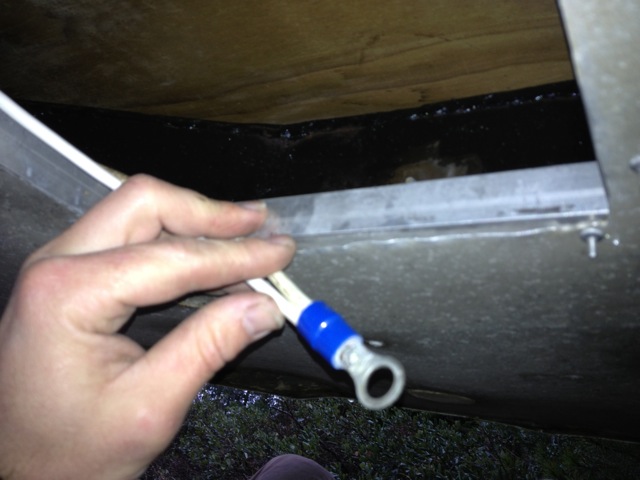 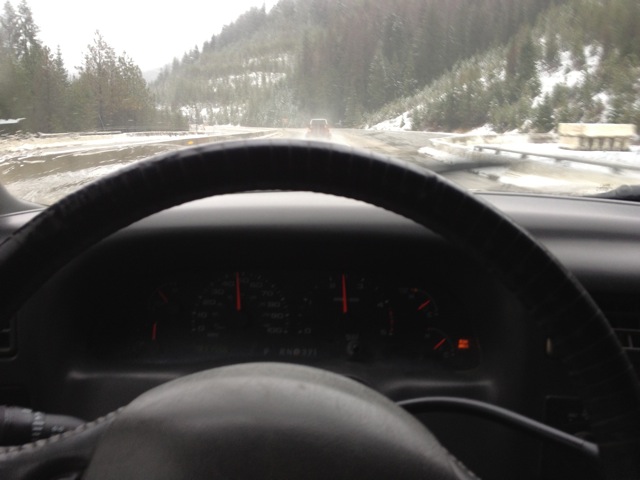 All the mountain passes were covered with snow and ice. I was white knuckled as I descended those mountains. I was thankful for new tires and for the trucks tow haul mode! (It adjusts your transmissions shift points and will maintain your descent speed using the engine to slow you down.) 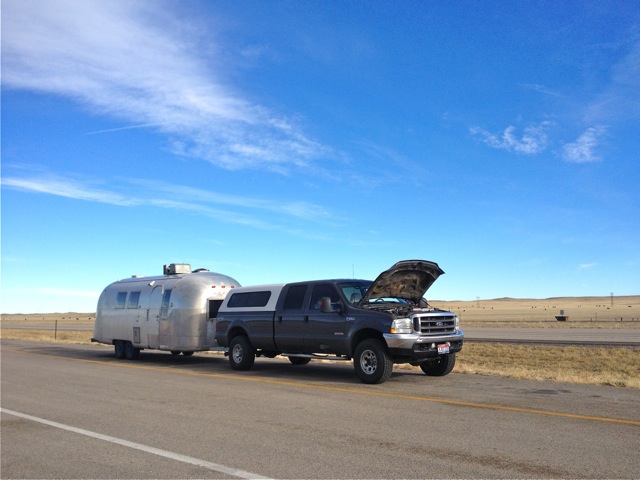 At 2am I started to get heavy eyed and decided to stop for a little power nap in a pull-off truck parking area. A few hours later I awoke to dead batteries…evidently I had left the lights on after falling asleep. Luckily we have AAA and 30min later I was on my way. 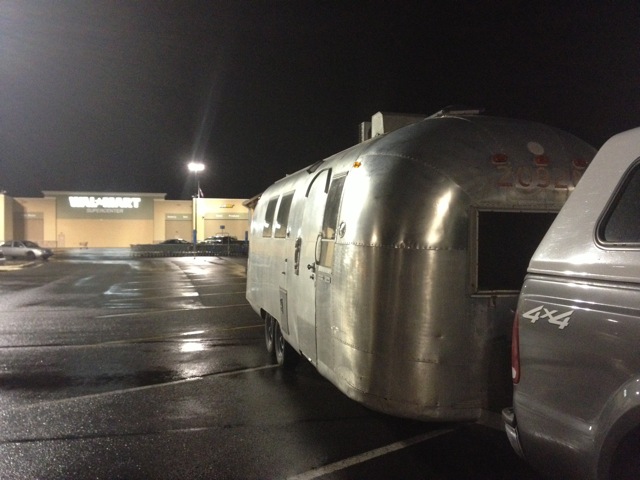 After dark I noticed the trailer lights were not working again. I stopped at a rest area and checked the ground screw, truck fuses and everything else I could think of. I couldn’t get the lights on so I continued to drive…a few miles later I was pulled over and given only a warning after assuring the officer I was enroute to pick up parts. So I stopped at a Walmart and picked up a lighting kit, wire and some duct tape. I MacGyvered on some lights so I could finish the journey. (Come to find out that the marker lights were not sealed completely which caused a short and blew a fuse in the truck. Since then I have removed these lights and haven’t had any trouble.) 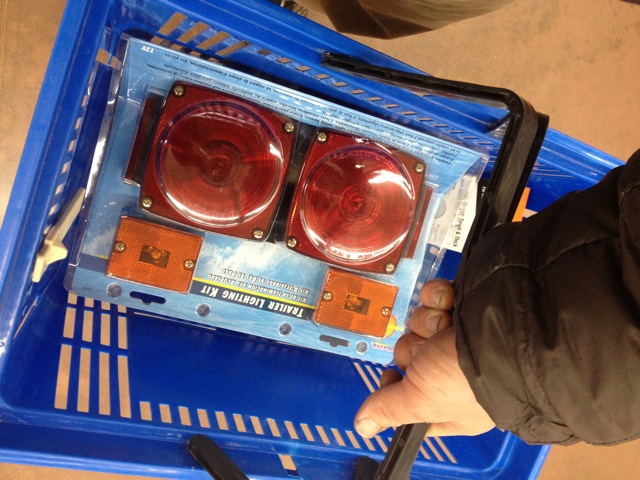 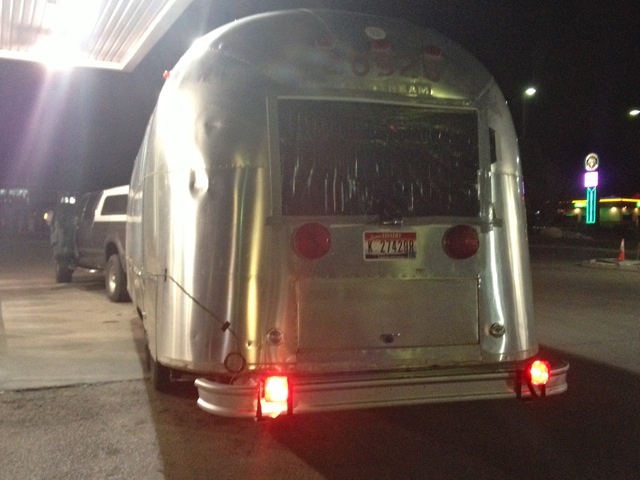 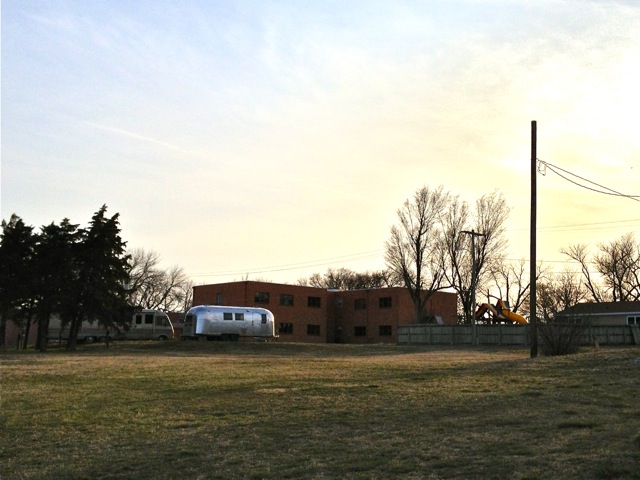 The Land Yacht’s new home for the next few months!

Things never happen according to plan. Be flexible, be patient and have fun in the moment. Everything will be good in the end!

I love my Ford truck!

Thanks for checking out our adventure & we would love to hear from you! We will be posting on the Airstream as we make progress. Cheers! -NICK