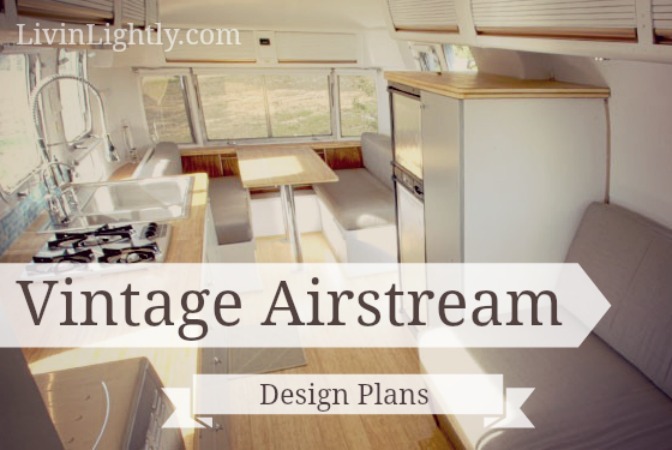 Several years ago while surfing the internet I stumbled up the Happy Janssen’s. At the time they were a nomadic family living in a large diesel motorhome that was powered by veggie oil. I was captivated by their freedom, their simple existence and their commitment to lead an intentional life for Christ. To top it all off the Janssen’s motorhome was stunning! Its was bright, organized and comfortable for their growing family of four.

The following months we followed their journey traveling the country and we dreamed of someday making a similar journey. Meanwhile we continued to work on our debt snowball and I (Nick) began to work on a tiny teardrop trailer that would allow us to start our own adventure on a smaller scale during the summers.

In this general time frame we ran across an interview with a young architect that had remodeled a vintage Airstream to live in full-time. Matthew Hoffman transformed his 70’s Airstream into a masterpiece. Clean open layout that maximized the existing space and utilized every inch of his 25’ Airstream Tradewind. After seeing Matthews Trailer I was instantly inspired by what could be accomplished with a vintage trailer. (and I knew Our family needed one) 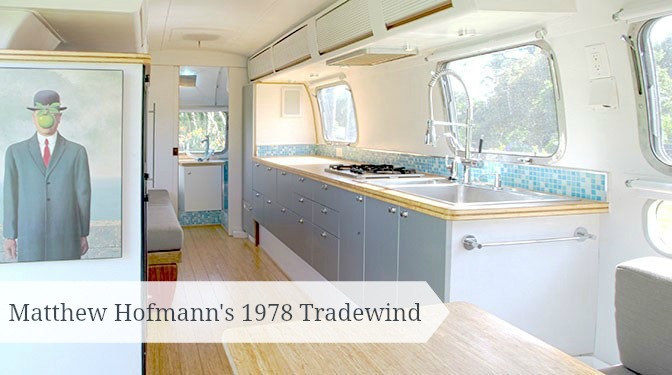 So to fast-forward a bit we eventually bought a 1966 Airstream 26’ Overlander. After seeing what could be accomplished with a little creativity and sweat from the Janssens and Matthew’s Airstream inspiration we have lofty plans for our little house on wheels!

I love the challenge of small spaces. I love thinking outside the box and finding solutions. I love that everything has to be multifunctional, intentional and minimal. I love that we have to do more with less.

We want a simple open layout with a modern organic feel. We want space to cook (we love to cook!), entertain and work. The existing layout of the Overlander’s was a rear bath, with a bedroom separated by an accordion door and a couch/double pull-out bed, small kitchen area and front couch with a fold out table. The setup wasn’t bad but it was a bit compartmentalized and needed to be opened up. Plus the fold out table was a pain to use and we wanted a more permanent table for dining and work. 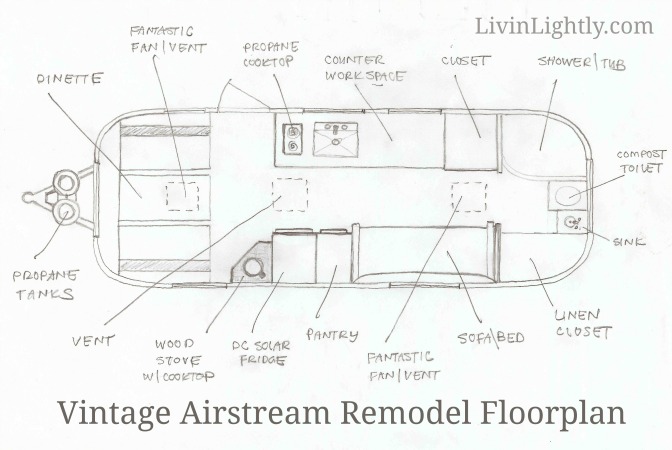 The Airstream is nearly finished! Take a Tour Here!